Behind the Scenes with Ryan Struck – Part 2

What was the main concept behind this production?

The main concept behind this production was to create an original commercial for the New York based shoe brand, GREATS. Myself, co-director Delgis Mustafa, and producer Kris Rey-Talley met with the marketing team to discuss the brand’s goals, identity, and bounce ideas around. We landed on The Great Discovery… a tongue in cheek concept about scientists who find the ingredients of the GREATS shoes and brand’s ethos.

What made you go with Tiffen Black Satin Filters?

I’ve used the Black Satin Filters before for a film over the summer so I was already partial to the look. Our DP Christopher Ripley weighs in, “I like to use really subtle diffusion that blends with the characteristics of the lens rather than overpowering them. The Black Satin blended really nicely with the Cooke anamorphic lenses. We went a little stronger with the 1/2 satin diffusion since it was overcast so there wouldn’t be any huge halation moments from sun hits”. 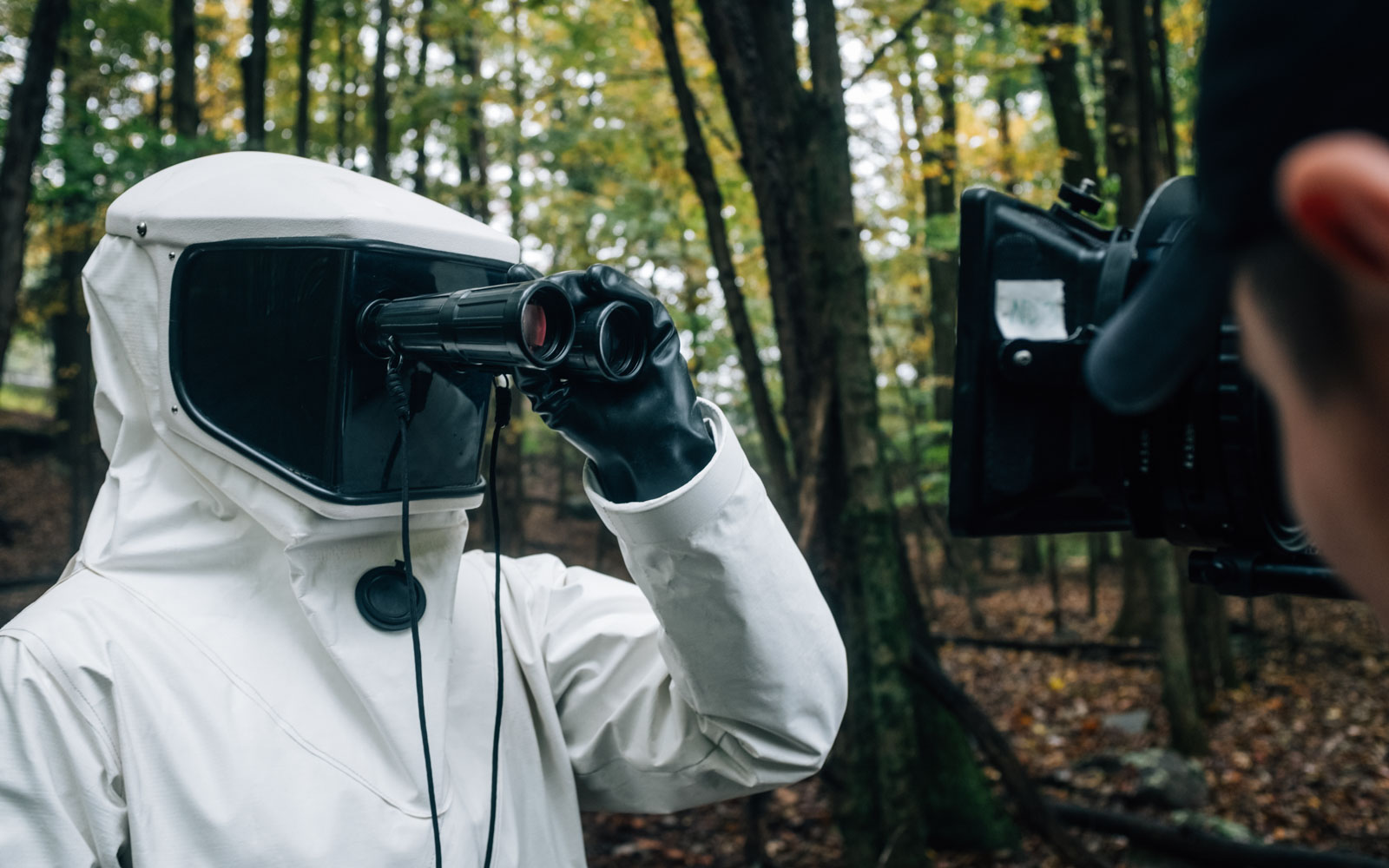 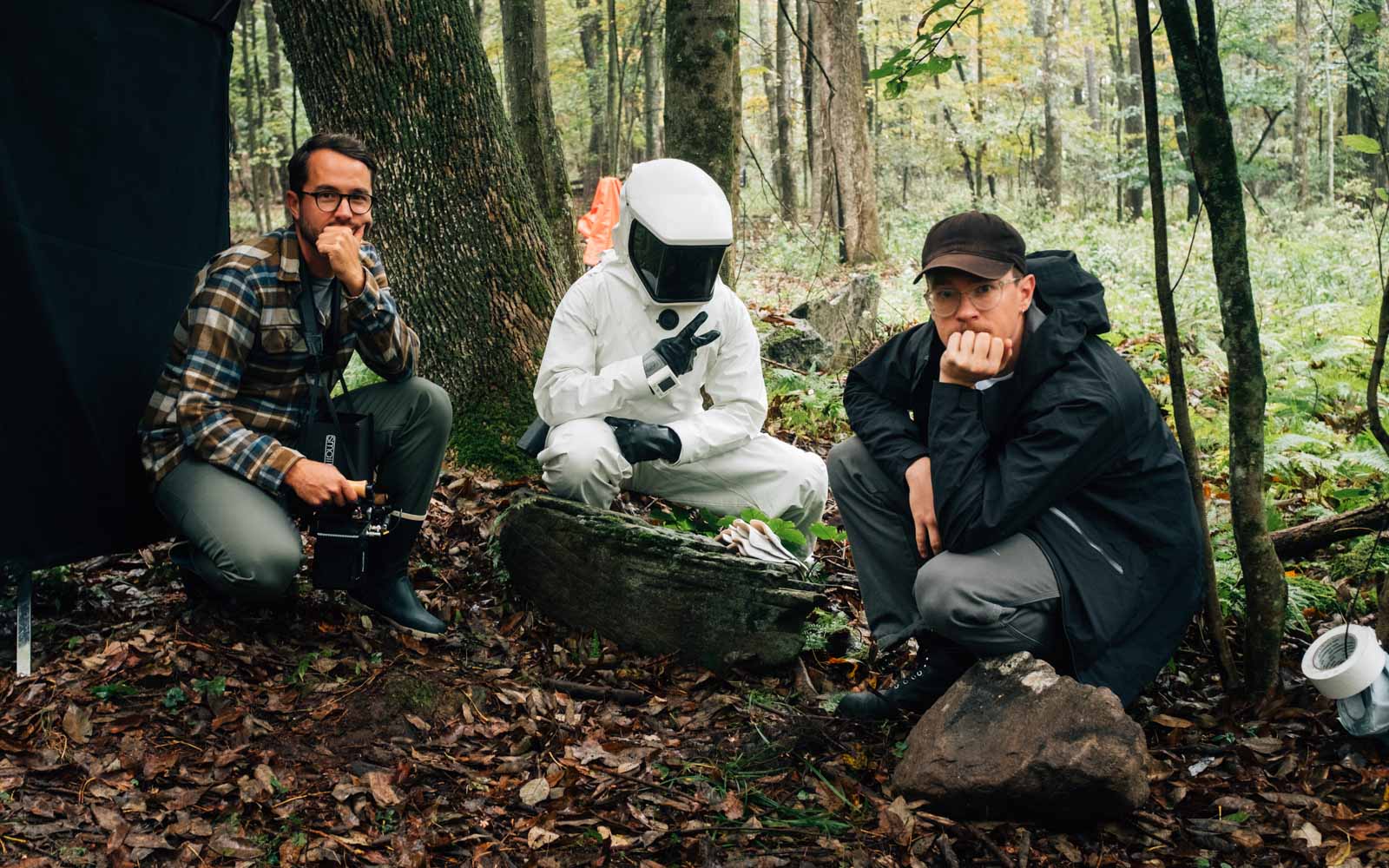 Were you inspired by anything in particular when creating this production?

We were greatly inspired by each other. Delgis, Kris and I all had interesting ideas. Delgis and I would huddle, pull photos, chat ideas. We’d push and pull thoughts. So much of this was really collaborative, which was an inspiring new experience for me. We’d then pass ideas to Kris and our other producer Brian Miller and tell them “Ok this is how we want to shoot it,” or “this is the idea we have, how do we design it?” Our production team facilitated and contributed to so much of this project. Our production designer, Evan Schafer, is the real scientist here. He ran all over the tristate sourcing unique lab equipment, meticulously designing this world we imagined, and really making this film look it’s best.

What was the most challenging thing you encountered in making this commercial?

There were so many challenges on this production. I’m really fortunate to work alongside so many talented friends and colleagues. I’ve helped them out on their productions, I’ve PAed their sets, and I’ve seen them all do amazing work. For me, the most challenging thing was to take the reins and steer the ship. I have strong opinions, and I also aim to please. My most cherished pleasure is making people happy. In order to make the very best work you also have to stand firm and give your opinions even when it conflicts with another’s idea of what’s best. 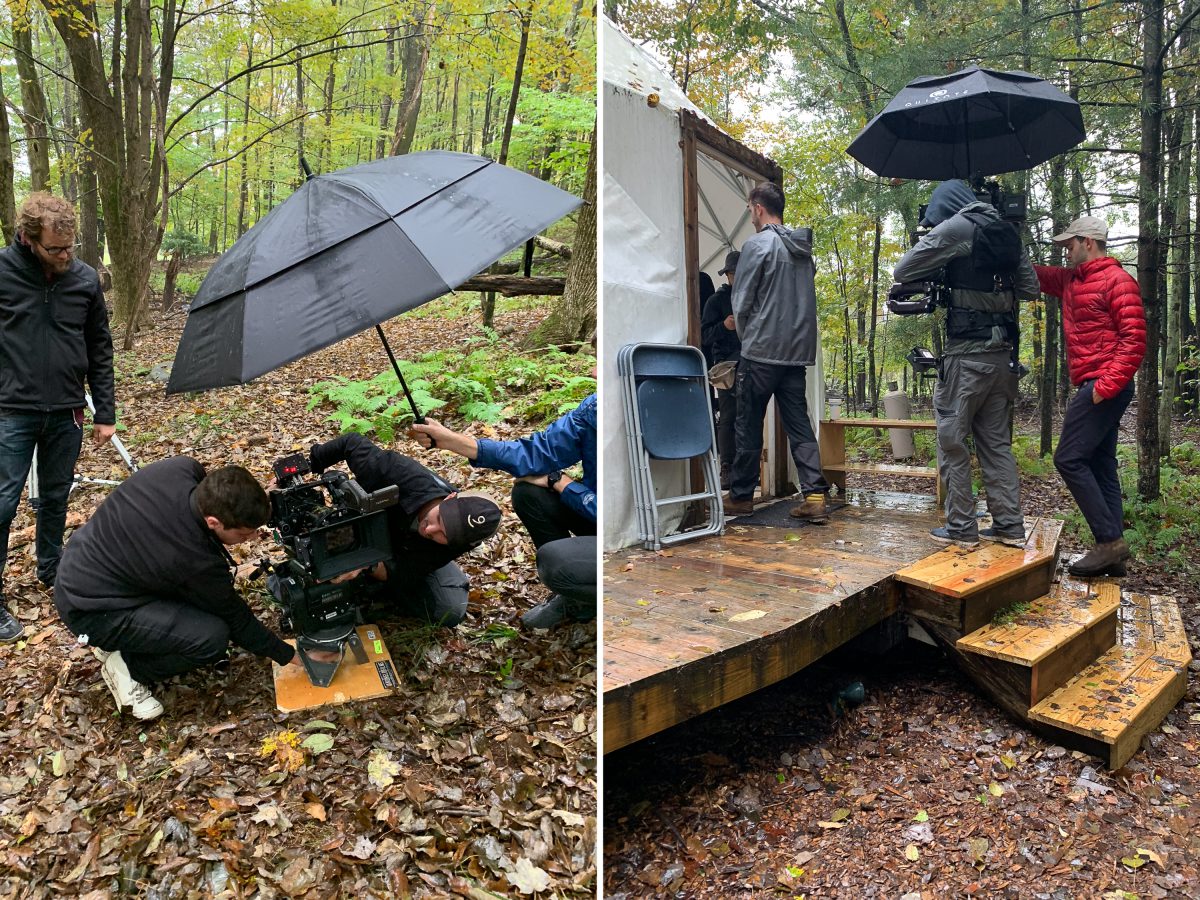 The most challenging thing for me was to guide this film the way I wanted. It’s in a beautiful place cinematically, visually, musically. To get there I found I had to push more than I would in my everyday life. We picked that leather apple from the tree at least a dozen times. I didn’t like the way it looked the first handful of takes, there was a blemish on it for a few times after that. We shot the last take and that’s the one that is in the video. That happened with a couple of the other shots also, where I pushed for more and the best one is the last take. Being meticulous or accepting is really easy on my own, I’m only pleasing myself. For others however, I want to present them the absolute best. When the client is watching your every move in Video Village or talent is sweaty in a hazmat suit… you just can’t be concerned with that. Getting the best shot no matter external circumstances is my job and I’m going to be dogged about it.