People often ask, “When was the Steadicam first used?”, read on… In the early 1970s, American cinematographer Garrett Brown had a simple, but revolutionary idea: to make a device that could smooth out handheld action shots. The result is the Academy Award-winning Steadicam®, which made its feature film debut on the movie “Bound for Glory,” and rose to prominence in the films “Rocky” and “The Shining.”

Over the past 3 decades, Steadicam has been an invaluable, dynamic production tool in the industry. New generations of Steadicam Camera Stabilizing Systems have been comprehensively redesigned to unleash endless creative possibilities. Tiffen offers you a complete line of state-of-the-art models to meet your film and video needs. Tiffen is committed to support the needs of the motion picture, broadcast and professional imaging industries with the latest state-of-the-art steadicam technology to meet your film and video needs. Garrett Brown may have revolutionized the way motion pictures are filmed with his invention of the Steadicam – a device created in the 1970s that mounts a stabilized camera on a person to allow for free-reign movement of the operator to get clear, non-shaky shots – but he admits that being an inventor is not what he intended with life, let alone change how movies are made.

“Although (my father) talked up inventing ardently,” Brown said, “I wasn’t enthralled with the idea of professionally inventing.”With over 50 patents established for his devices, notably for his camera stabilization equipment that have in turn earned him an Academy Award, an Emmy, and numerous other accolades, it certainly proved to be a fruitful career path for him. Brown spoke of his career as the inventor of camera stabilization equipment at a June 24 event at the Newtown Public Library.

Brown’s knack for inventing started young when he was drawing up his own “childish” creations, and then building a bridge with an Erector Set which earned him one of his earliest distinctions in his eventually prolific career from the Gilbert Hall of Science in New York City. After a stint at Tufts University – and a brief dip into the then booming folk music scene releasing the album “It was a Very Good Year” as one half of the duo Brown and (Al) Dana – he opened up his own film production company in 1968. It was then that his first invention came to fruition; a small, single-wheeled contraption low to the ground that would give the perspective of a dog. He would then buy his own 800-pound dolly – a railed platform the camera is mounted on that allows for tracking shots – to create moving shots. Up until that time, there was no way to move the camera without a dolly, crane or camera car without it shaking.

“I love moving the camera, but I intentionally disliked shaky, handheld shots,” said Brown. “I have the instinct that when we walk around, we see a stabilized image. When you walk, you see what looks like a dolly shot.”

With only four pieces of dolly track and a 12-pound Bolex camera that would only run for 24 seconds at a time, it drove Brown “crazy”. “It set me after looking for some way to disconnect the camera from a walking, stair-climbing human being. And being (3,000 miles) from Hollywood, nobody discouraged it,” he said. Brown then showed a video of an early prototype of a Steadicam made from some aluminum he bought from Canal Street in New York City. While it provided for a steady image, there was no way for the camera to tilt up without the lens rising. After a three-month re-work he got it to tilt but couldn’t pan left to right, and it was “too heavy, clumsy and the lens was a bit low”. However, he was successful in shooting commercials with this early model.

Finally, after a one-week stay in a motel, he had it, the way Steadicam has worked ever since with the ability to tilt, pan, and evenly distributed weight to whom it was harnessed on.With his invention fine-tuned, Brown and his friends set out around Philadelphia to make a reel of the “30 impossible shots”, so named because they couldn’t be made with Hollywood technology.The reel demonstrated running around in a field, jumping over a three-foot ledge and running alongside a pool while following a swimmer.

“The astonishing, and lucky thing, about this little invention was you could show someone the effect and not show them the cause. You could show them the impossible shot and they would have no clue whatsoever how you did it,” Brown said. Within a day after showing it to Hollywood he had a manufactured lined up, and the reel was sent around the world with director Stanley Kubrick sending a Telex to Brown, noting that it would “revolutionize the way films are shot” and he could be counted as a customer. He did, however, note 14 frames of the reel where one could see the shadow of the Steadicam operator which Brown would eventually cut out.

The final shot of the reel showed what would eventually be the basis for one of the most iconic moments in film history. One day while driving around with his wife, Ellen, Brown stopped and decided to shoot his wife running up and down the steps of the Philadelphia Museum of Art with the Steadicam. This would catch the eye of director John G. Avildsen, who was preparing for his upcoming film “Rocky”. “Two or three months later I ended up on the steps shooting (Sylvester) Stallone running up and down for ‘Rocky’ because Avildsen found us, called up and said, ‘where are those steps, and how did you do that?’ and that’s how that started. It was an astonishing coincidence,” said Brown.

Brown noted that one of the Steadicam prototypes was dropped before shooting the run up the art museum steps and it wouldn’t run in the cold unless somebody ran up with the operator to keep two car batteries connected to the camera with jumper cables to keep it running. In addition to shooting Stallone going up the art museum steps for the now iconic training sequence of “Rocky”, his run through South Philadelphia’s Italian Market and alongside the Moshulu used the Steadicam, the latter being recorded from a van, marking the first ever Steadicam shot from a moving car.

In the same year “Rocky” was released, 1976, cinematographer Haskell Wexler was the first to use Steadicam for the film “Bound For Glory”, and it went on to be the first film to win the Academy Award for cinematography to feature the then groundbreaking filming technique. “Haskell didn’t just use it, he made one of the landmark shots,” said Brown. The shot in reference started with Brown standing 30 feet in the air on a crane as it descends to the ground to see David Carradine’s character sitting on a truck. As Carradine starts moving, Brown stepped off the crane platform and follows him through a crowd of migrant workers in the depression era set film.

The shot lasts for over two minutes. “We did three takes and I had no idea whether we had done anything good or not. I could barely see it in my crappy little viewfinder,” said Brown. When he went to view the footage that was shot, Brown recalls a moment of silence before an uproar of cheer for Wexler. “That was the launch, and it had, then and now, a growing, and I think, significant way on how movies were shot. Talk about whatever this is, it was great and good and wonderful. It started that night,” said Brown. After shooting his first three films with Steadicam in 1976 — the third being “Marathon Man” — Brown would receive a patent for the Steadicam in 1977, and then an Academy Award for Technical Achievement for his invention in 1978.

Brown would go on to shoot over 100 films with the Steadicam, including Kubrick’s “The Shining”, “Raging Bull”, “Reds”, “Blowout”, “Indiana Jones and the Temple of Doom” and “Return of The Jedi”, the latter of which featured a speeder-bike chase that was shot with Brown running through a Redwood forest at one frame per second to give the illusion of fast motion. His invention of image stabilization equipment didn’t stop at the ground level when in 1979 he invented the SkyCam, an aerial, cable-suspended camera system that flies over and shoots football games and other sporting events in stadiums. For this, Garrett Brown was honored by the Academy of Motion Picture Arts and Sciences (AMPAS) in 2006 with a scientific and engineering award.

For his overall breakthroughs in film production, Brown holds membership with AMPAS, the Director’s Guild of America, the American Society of Cinematographers and the Screen Actors Guild. He was inducted into the Sports Broadcasting Hall of Fame in 2009 and the National Inventors Hall of Fame in 2013.

“I’m an extraordinarily lucky guy to have done this at that wonderful time in the business, and to have done something I could show and make a deal quickly in,” Brown said. 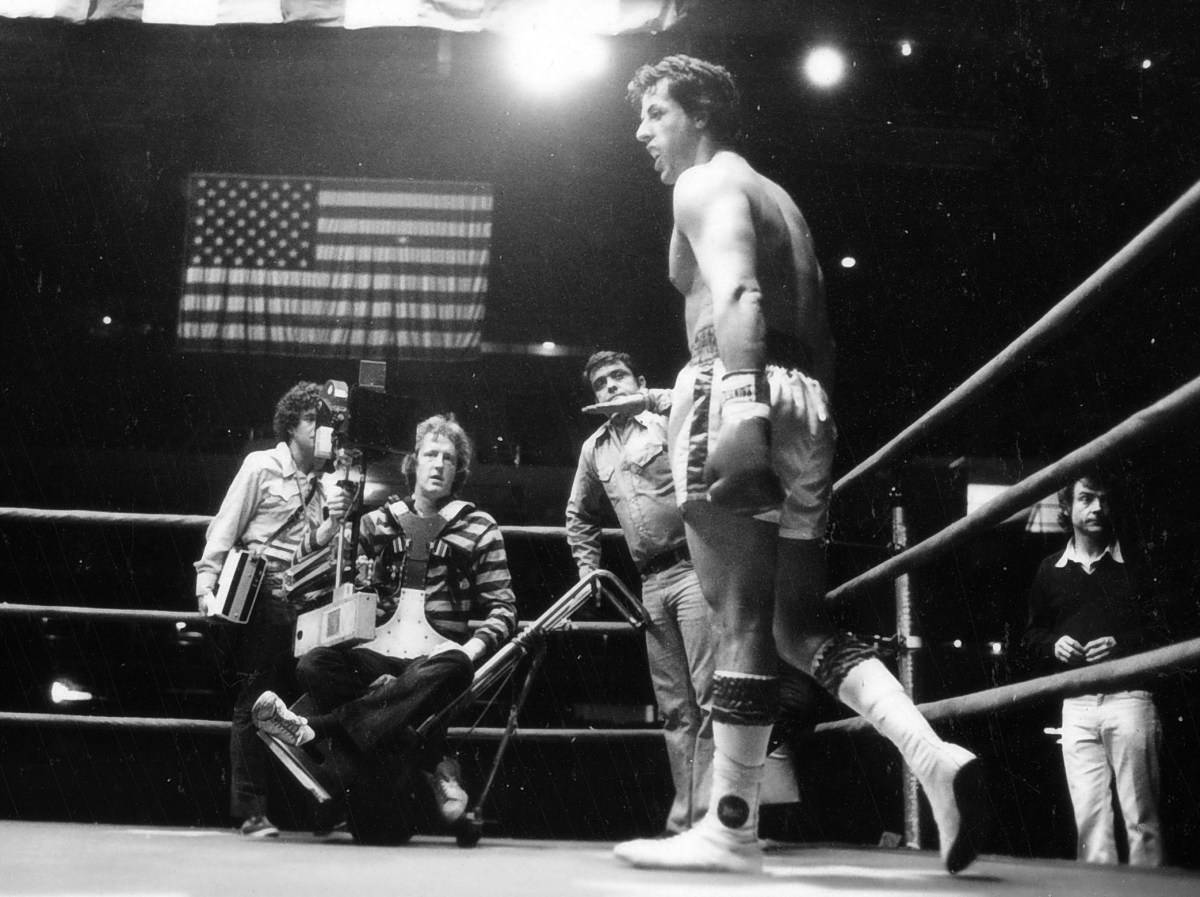 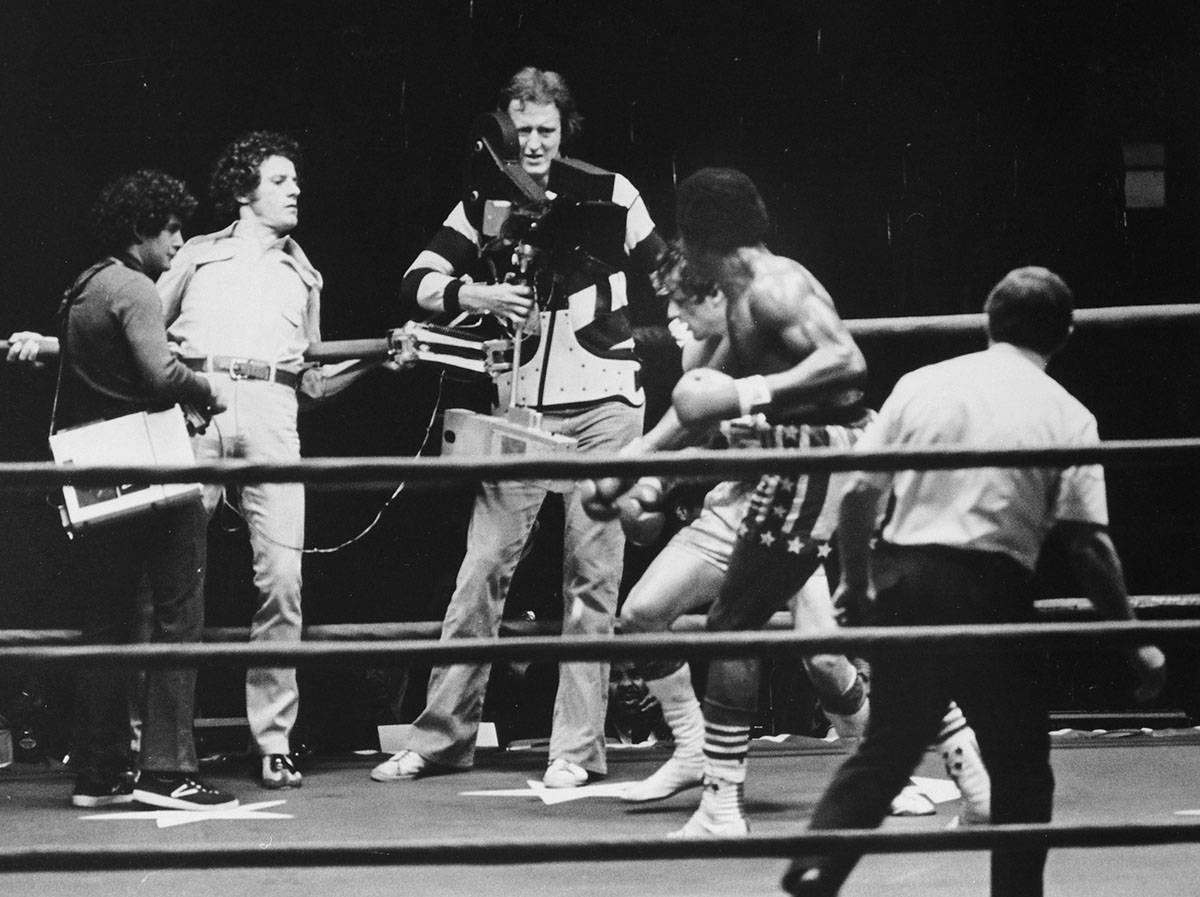 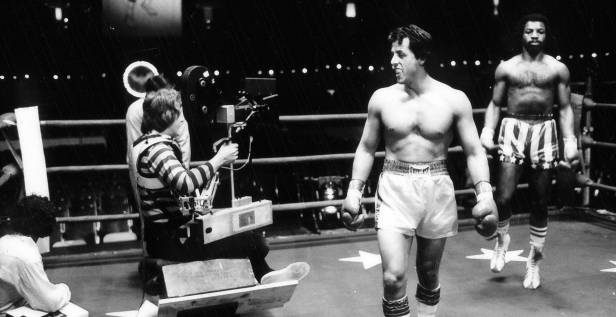